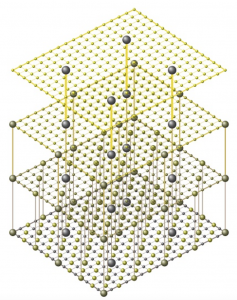 There has been an emerging concern regarding the optimal operation of real-world large-scale complex networks. In this book, we focus on the theory and application of interdependent networks, optimization methods to deal with the computational complexity of such networks, and their role in smart cities. To this end, we consider the influential networks including power and energy networks, transportation networks, wireless sensor networks, communication networks, water networks, and societal networks. Our reliance on these networks as global platforms for sustainable cities and societies has led to the need for developing novel means to deal with arising issues. The considerable scale of such networks brings a large variety of computational complexity and optimization challenges.

Initial Link to the Springer Page of the First Volume!

Initial Link to the Springer Page of the Second Volume!

**   Volume I of this book is indexed in “Studies in Systems Decision and Control”. The books of this series are submitted to ISI, SCOPUS, DBLP, Ulrichs, MathSciNet, Current Mathematical Publications, Mathematical Reviews, Zentralblatt Math: MetaPress and Springerlink**