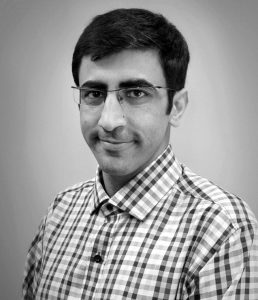 M. Hadi Amini is currently an Assistant Professor at the School of Computing and Information Sciences at Florida International University. He is the director of Sustainability, Optimization, and Learning for InterDependent networks laboratory (Homepage). He received his Ph.D. in Electrical and Computer Engineering from Carnegie Mellon University in 2019, where he received his M.Sc. degree in 2015. He also holds a doctoral degree in Computer Science and Technology. Prior to that, he received M.Sc. degree from Tarbiat Modares University in 2013, and B.Sc. degree from the Sharif University of Technology in 2011. His research interests include distributed optimization and learning algorithms, distributed computing and intelligence, sensor networks, interdependent networks, and cyber-physical-social resilience. Application domains include smart cities, energy systems, transportation electrification, and healthcare. Prof. Amini is a life member of IEEE-Eta Kappa Nu (IEEE-HKN), the honor society of IEEE. He served as President of Carnegie Mellon University Energy Science and Innovation Club; as a technical program committee of several IEEE and ACM conferences; and as the lead editor for a book series on ‘‘Sustainable Interdependent Networks’’ since 2017. He also serves as Associate Editor of SN Operations Research Forum and International Transactions on Electrical Energy Systems. He has published more than 90 refereed journal and conference papers, and book chapters. He edited/authored six books. He is the recipient of the best paper award from “2019 IEEE Conference on Computational Science & Computational Intelligence”, best reviewer award from four IEEE Transactions, the best journal paper award in “Journal of Modern Power Systems and Clean Energy”, and the dean’s honorary award from the President of Sharif University of Technology.  Email Homepage 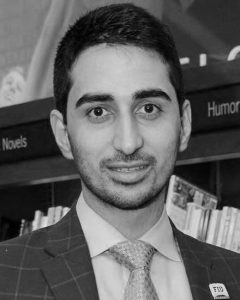 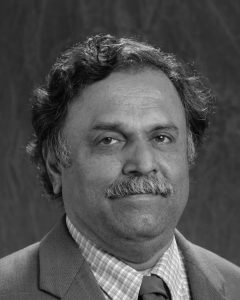 S. S. Iyengar, is a Distinguished Ryder Professor and Director of the School of Computing and Information Sciences at the Florida International University and is the founding Director of the FIU-Discovery Lab. Iyengar is a pioneer in the field of distributed sensor networks/sensor fusion, computational aspects of robotics and high-performance computing. Iyengar has published over 500 research papers and has authored/co-authored/edited 18 books published by John Wiley & Sons, Prentice Hall, CRC Press, Springer Verlag, etc. These publications have been used in major universities all over the world. His research publications are on the design and analysis of efficient algorithms, parallel computing, sensor networks, and robotics. He is also a member of the European Academy of Sciences, a Fellow of IEEE, a Fellow of ACM, a Fellow of AAAS, and a Fellow of Society of Design and Process Program (SPDS), Fellow of Institution of Engineers (FIE), awarded a Distinguished Alumnus Award of the Indian Institute of Science, Bangalore, and was awarded the IEEE Computer Society Technical Achievement for the contributions to sensor fusion algorithms, and parallel algorithms. He is a Golden Core member of the IEEE-CS and he has received a Lifetime Achievement Award conferred by the International Society of Agile Manufacturing (ISAM) in recognition of his illustrious career in teaching, research, and a lifelong contribution to the fields of Engineering and Computer Science at Indian Institute of Technology (BHU). Iyengar and Nulogix were awarded in the 2012 Innovation 2 Industry (i2i) Florida competition. Iyengar received Distinguished Research Award from Xaimen University, China for his research in Sensor Networks, Computer Vision and Image Processing Iyengar’s landmark contributions with his research group is the development of grid coverage for surveillance and target location in distributed sensor networks and Brooks Iyengar fusion algorithm. Email Homepage 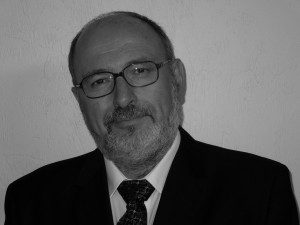 Panos M. Pardalos, serves as Distinguished Professor of Industrial and Systems Engineering at the University of Florida. Additionally, he is the Paul and Heidi Brown Preeminent Professor in Industrial & Systems Engineering. He is also an affiliated faculty member of the Computer and Information Science Department, the Hellenic Studies Center, and the Biomedical Engineering Program. He is also the Director of the Center for Applied Optimization. Dr. Pardalos is a world-leading expert in global and combinatorial optimization. His recent research interests include network design problems, optimization in telecommunications, e-commerce, data mining, biomedical applications, and massive computing. He has co-authored and co-edited more than 30 books, as well as publishing more than 600 journal articles and conference proceedings. Prof. Pardalos is a Fellow of AAAS (American Association for the Advancement of Science), Fellow of American Institute for Medical and Biological Engineering (AIMBE), and EUROPT. He is a Distinguished International Professor by the Chinese Minister of Education; Honorary Professor of Anhui University of Sciences and Technology, China; Elizabeth Wood Dunlevie Honors Term Professor; Honorary Doctor, V.M. Glushkov Institute of Cybernetics of The National Academy of Sciences of Ukraine; Foreign Associate Member of Reial Academia de Doctors, Spain; and Advisory board member of the Centre for Optimisation and Its Applications, Cardiff University, UK. He is also the recipient of UF 2009 International Educator Award; Medal (in recognition of broad contributions in science and engineering) of the University of Catani, Italy; EURO Gold Medal (EGM); Honorary Doctor of Science Degree, Wilfrid Laurier University, Canada; Senior Fulbright Specialist Award; University of Florida Research Foundation Professorship; and IBM Achievement Award. Email Homepage 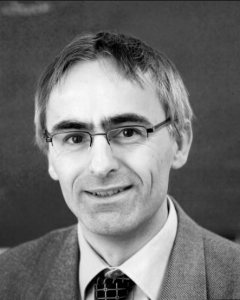 Frede Blaabjerg, is a professor at Aalborg University, Department of Energy Technology. After graduation he was at ABB Scandia for 1 year and then he got the opportunity to become a Ph.D. student at Institute of Energy Technology (now department), Aalborg University, 1988-1992, quickly taking larger responsibilities in the department and became a full professor in Power Electronics and Drives at the Institute of Energy Technology in 1998. Between 2000 and 2006, Frede Blaabjerg held positions such as Program Research Leader in Control of wind turbines at the Risoe (2000-2002), in 2000 and 2002 he was a visiting professor at University of Padova,Italy and Curtin University of Technology, Perth, Australia respectively. From 2006-2010 he was the Dean of the Faculties of Engineering, Science and Medicine at Aalborg University,Denmark an organization with a budget in 2010 at around 1300 Mio DKK. He decided to return to research in 2010. The Danish industry asked him to help to establish research in power electronics reliability and he was able initiate the Center of Reliable and Efficient Power Electronics (www.corpe.et.aau.dk), which today has more than ten companies involved in the research as well as many international collaborators. He attracted also an ERC advanced grant called Harmony (www.harmony.et.aau.dk) in 2012. A number of minor projects are also a part of the project portfolio today and his team has 30-40 people (dependent on number of guest and active projects) and he is working systematic on distributing the leadership the leadership to younger talents. He became a Visiting Professor with Zhejiang University 2009 as well he is guest professor at Harbin Institute of Technology, Shandong University and Shanghai Maritime University. He has published more than 1000 scientific papers. Conference papers are used as a platform to train PhDs and Post Docs and then publish the best results in journals. However, many conference papers have received awards. Today more than 400 papers are published in journals and with +60%in the best journals in power electronics. He has published four edited books in power electronics and a monograph will appear in September from Wiley. The citations are quite high in the field of electrical engineering with +18500 in Web of Science (h-index 64); +31000 in Scopus (h-index 87) and +52000 in Google Scholar (h-index 112). In 2014, 2015 and 2016 he was among the most 250 cited in Engineering (Thomson Reuter). Email Homepage 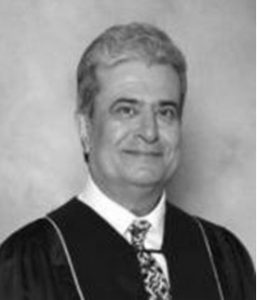 Asad M. Madni, served as President, COO & CTO of BEI Technologies Inc. from 1992 until his retirement in 2006. He led the development & commercialization of intelligent micro-sensors, systems, and instrumentation for which he has received worldwide acclaim. Prior to BEI he was with Systron Donner Corporation for 18 years in senior technical & executive positions, eventually as Chairman, President & CEO. Here, he made seminal and pioneering contributions in the development of RF & Microwave Systems & Instrumentation which significantly enhanced the capabilities of the US Tri- Services. He is currently, an Independent Consultant, Distinguished Adjunct Professor/ Distinguished Scientist at UCLA, Distinguished Professor at TCI College of Technology, Adjunct Professor at Ryerson University, and Executive Managing Director & CTO of Crocker Capital. He received an A.A.S. from RCA Institutes Inc., B.S. & M.S. from UCLA, Ph.D. from California Coast University, S.E. from MIT Sloan School of Management, D.Sc. (h.c.) from Ryerson University, D.Eng. (h.c.) from Technical University of Crete, Sc.D. (h.c.) from California State University and California State University Northridge, and Ph.D. degrees (h.c.) from Universiti Kebangsaan Malaysia and from National Chiao Tung University, Taiwan. He is also a graduate of the Engineering Management Program at the California Institute of Technology, the Executive Institute and Director’s College at Stanford University, and the Program on Negotiation for Senior Executives and Promoting Innovation and Organizational Change at Harvard University. He is credited with over 170 refereed publications, 69 issued or pending patents, and is the recipient of numerous national and international honors and awards including, Ellis Island Medal of Honor, IET (UK) J.J.Thomson Medal, IEEE Millennium Medal, TCI College Marconi Medal, UCLA Professional Achievement Medal, UCLA Engineering Alumnus of the Year Award, UCLA Engineering Lifetime Contribution Award, UCLA EE Distinguished Alumni Award, IEEE AESS Pioneer Award, IEEE HKN Eminent Member Award, IEEE IMS Career Excellence Award and Tau Beta Pi Distinguished Alumni Award. In 2011 he was elected to the US National Academy of Engineering “for contributions to development and commercialization of sensors and systems for aerospace and automotive safety”. In 2014 he was elected a Fellow of the National Academy of Inventors “for demonstrating a highly prolific spirit of innovation in creating or facilitating outstanding inventions that have made a tangible impact on quality of life, economic development, and the welfare of society”. He is a Fellow/Eminent Engineer of 14 of the world’s most prestigious professional academies and societies and has been awarded five honorary professorships. Email Homepage